DENVER — A nonprofit organization dedicated to fighting childhood hunger said the number of “food insecure” families in Denver grows every day.
Every Friday morning, in an alley on the Metro State University campus, amidst the structure and the order, is Bob Bell and his army.
“Thanks for doing what you`re doing. You kidding me man, it’s all of us man. Its all of us. No more me than you,” one of the volunteers said to Bell as they hug.
The Food for Thought volunteers operate like a well-oiled production line, methodical and precise.
“We have everything from canned goods to ramen noodles to snacks, mac and cheese, pancake mix,” said a volunteer while pointing out all the food.
“One of everything on the table. It’s all sorted,” Bell shouted to his group, telling them to pack one of each item in a bag.
He helped start the program, Food for Thought, three years ago and he said it’s based on a very simple concept.
“Trying to get food to kids who are not having enough food to eat over the weekend. So in essence, the last meal they have is hot lunch at school on Friday and not getting fed really until they come back to school on Monday,” Bell said.
“This is dumb, 30,000 kids in the shadow of this city that are not eating,” he added.
But because of Bell, some of them are eating.
Kids at Columbian Elementary are just some of the 1,600 students at five Denver schools who take home “Power Sacks” every weekend.
“The measure of these kids who feel like the breadwinner in their home. They feel responsible. Its not so much that they are fearful of not eating, it’s this pressure of not knowing if there`s going to be food,” Bell said.
Each food bag costs $4 to put together. To feed a kid for a year costs $128.
“It is the single most rewarding thing I`ve done in my life,” Bell said.
Saturday night Food for Thought Denver is hosting Rock-A-Belly, an annual event to raise awareness and funds for the program. Through the success of this event, the program aims to add two new schools to the program next year. That will feed approximately 600 more kids!
Rock-A-Belly will feature Denver’s top chefs and breweries as well as live music by Los Straightjackets and their guests The Hillbilly Hellcats.
Read original article here, http://kdvr.com/2015/11/06/hundreds-of-food-bags-go-to-denver-school-kids-who-might-not-have-food-during-weekends/ 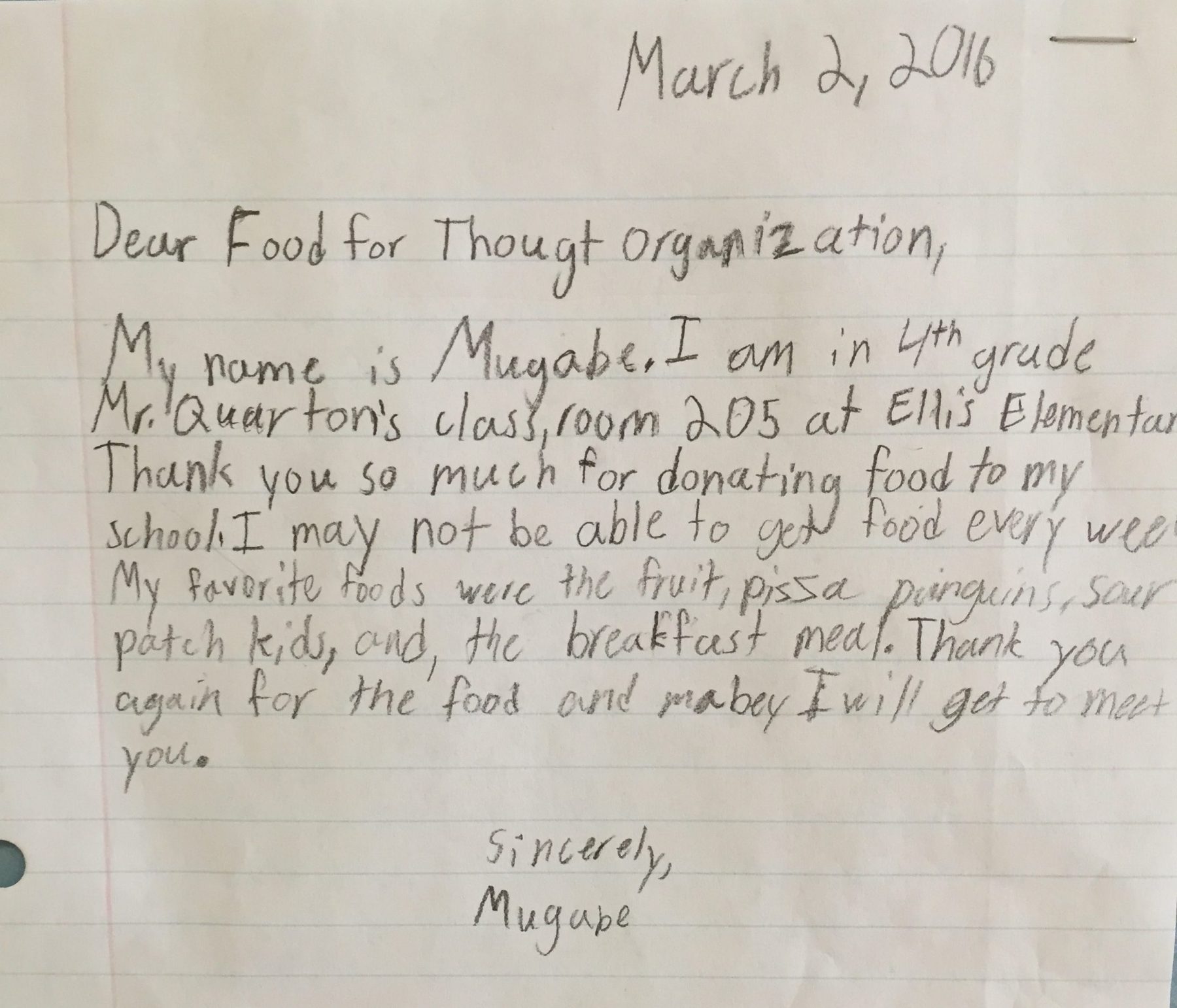 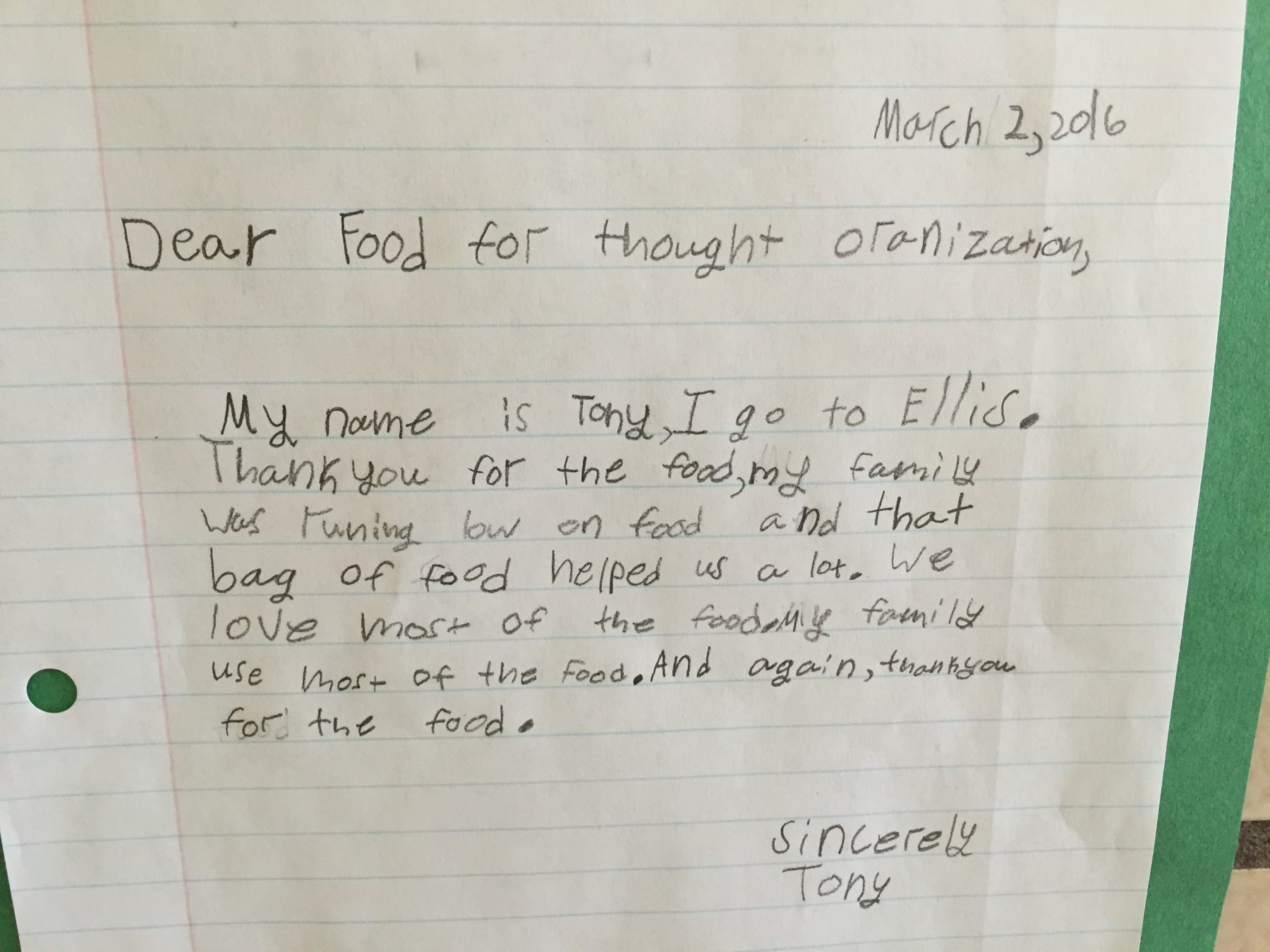 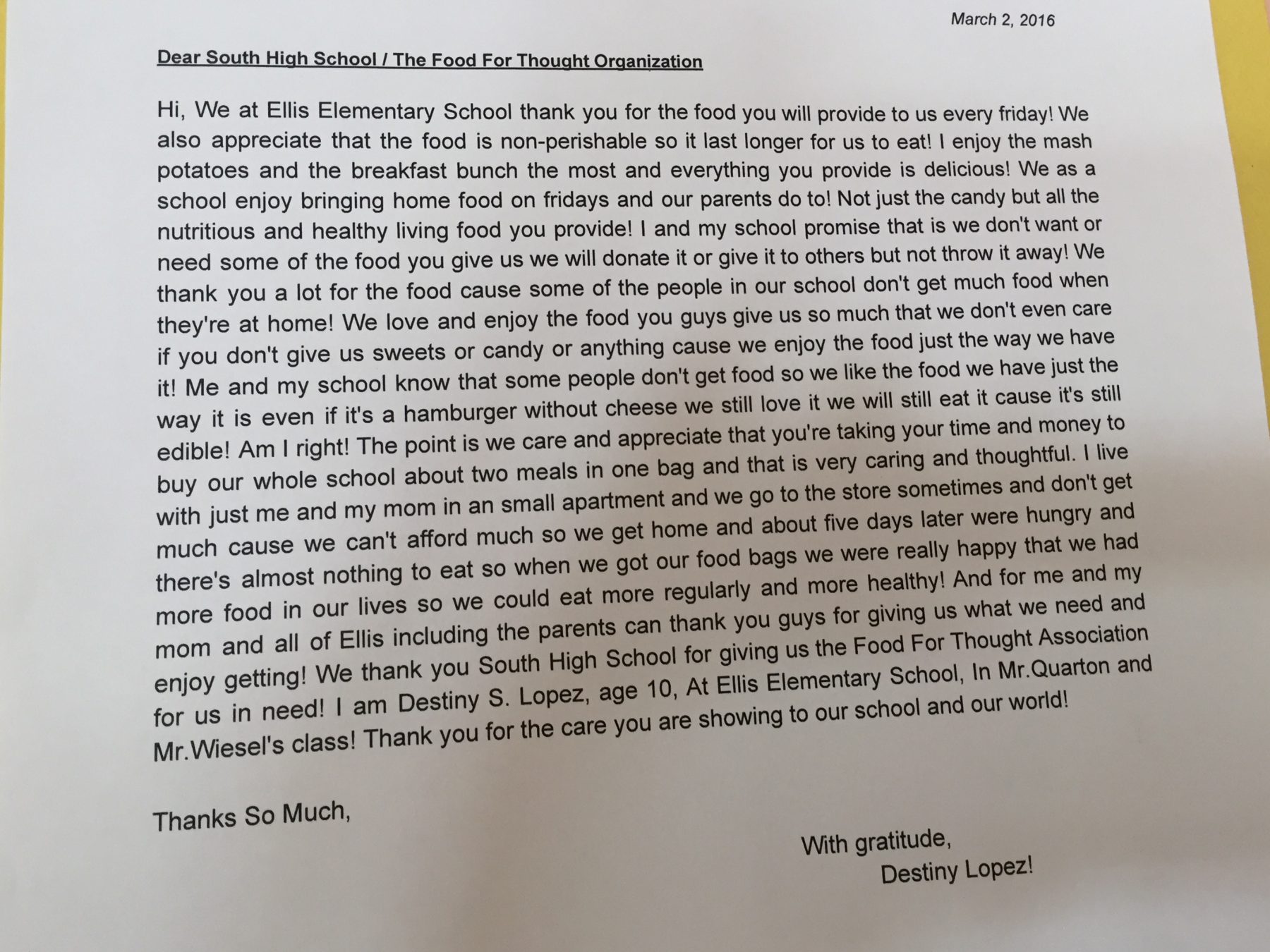